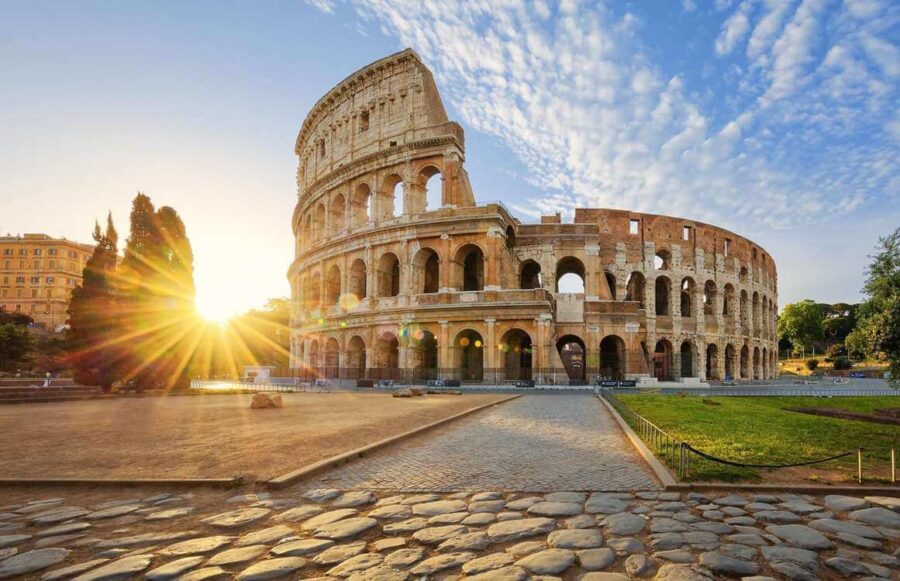 From the colosseum to the Eiffel Tower, some of the famous across the globe have inspired a series of copycat attractions in other parts of the world.

Find out which country has the original and which one has the copycat.

As the saying goes imitation is the sincerest form of flattery.

1.The Christ the redeemer statue – Originally from Rio or Lisbon?

The Original Christ the redeemer is in Rio, Brazil

One of Brazil’s most iconic landmarks, The Christ the redeemer statue stands tall over the city of Rio De Janeiro since its erection in 1931.

The Deco style statue is 98 feet tall and 92 (28m) wide. It is a symbol of Christianity and is respected as one of the world’s most prominent monument. 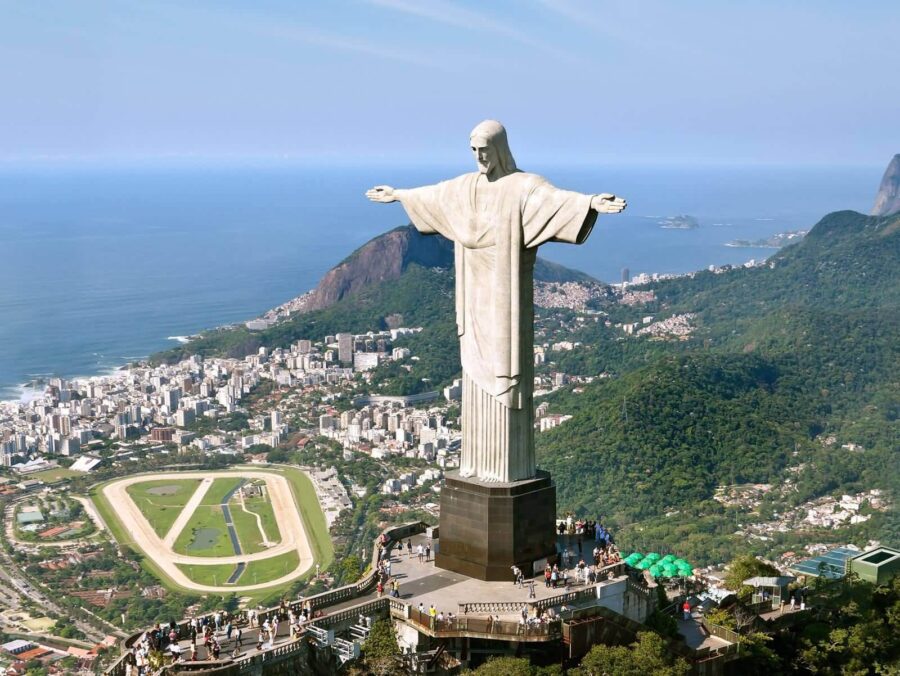 The Copycat Christ the redeemer is in Lisbon, Portugal

In Lisbon, Portugal, you will find a monument similar known as the Sanctuary of Christ the King and is one of the capitals’  most infamous landmark.

The statue is slightly smaller than the original, towering at 92 feet tall. The Catholic monument is in honor of Christ and was built almost 30 years later in 1959 compared to its Brazilian inspiration. 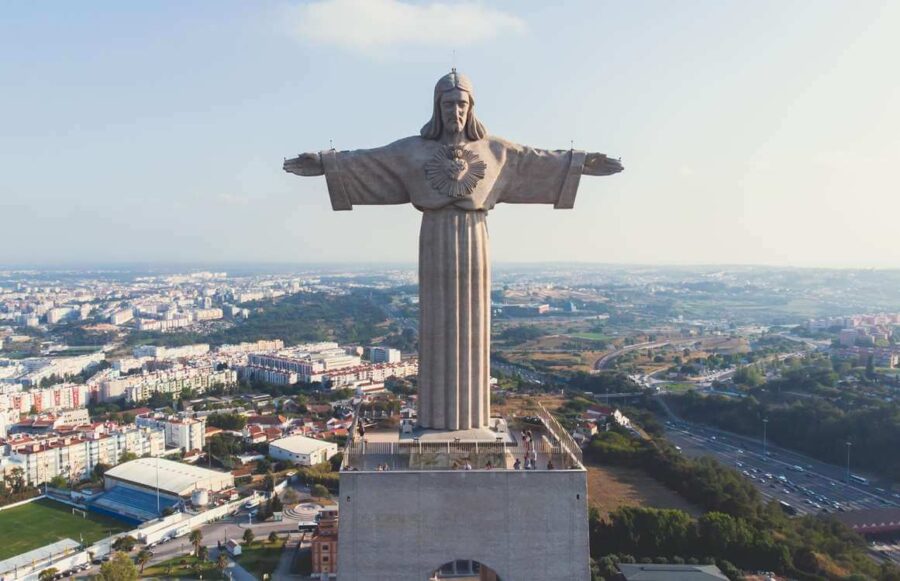 2. The Trevi Fountain – Originally from Rome or Las Vegas?

The original Trevi Fountain is in Rome, Italy

Infamous as one of the most iconic fountains in the world, the Trevi Fountain posit as 85 feet (26m) tall and 65 feet (20m) wide.

The fountain was commissioned in 1629 but construction didn’t commence until 1732, taking over 30 years to finish. Millions of tourist in droves visit the fountain every year, making it one of Italy’s largest heritage sight. 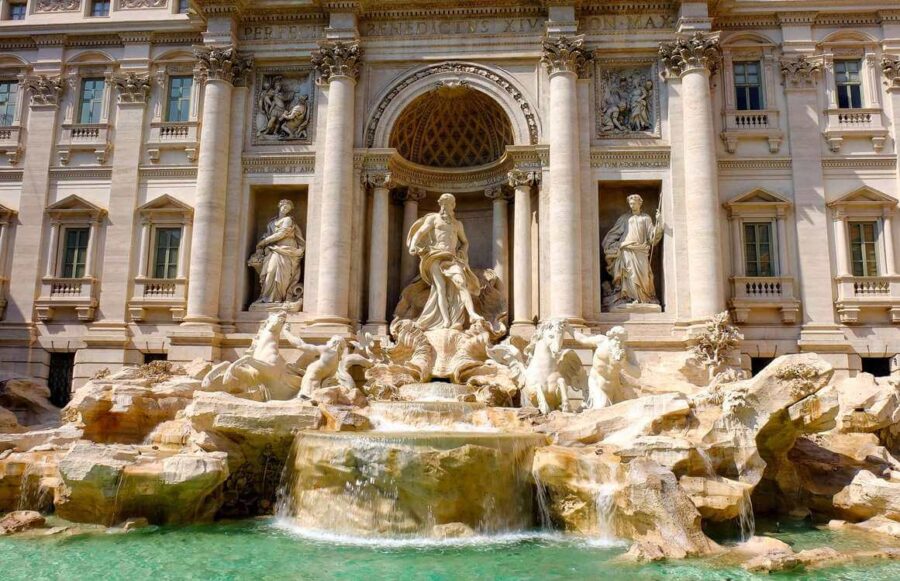 The Copy Cat Trevi Fountain is in Las Vegas, USA

While the Las Vegas has a plethora of copycats version Europe’s monument, the Trevi Fountain is one of the best imitation. It is located outside of The forum of Shops at Caesar.

It is also a smaller replica closely resembling the original and has tourist hotspot, attracting people who enjoy European architecture in the silver state. 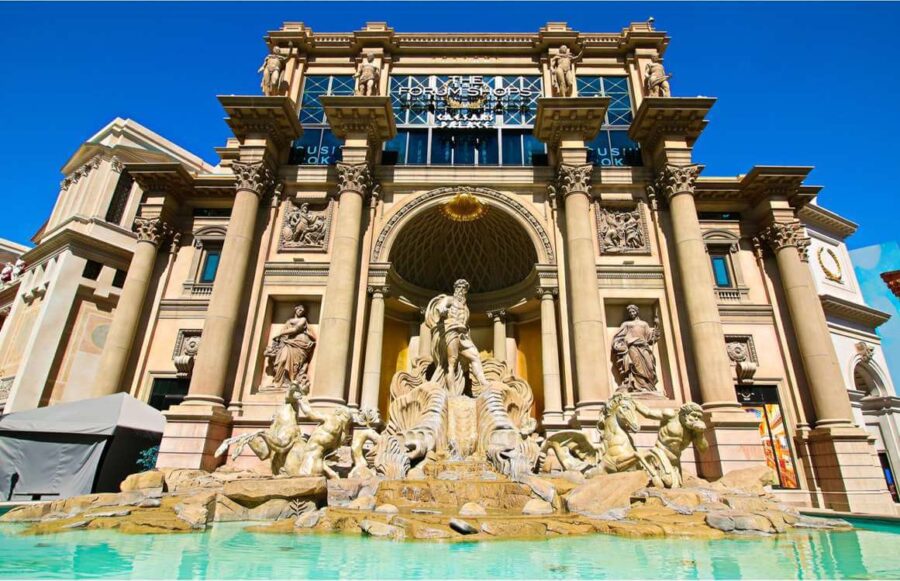 3. The Amphitheatre – Originally from Macau or Rome?

The original Amphitheatre is in Rome, Italy

The massive Amphitheatre was once a site hosting sporting entertainment event and lavish festivals. Built between AD70 and 72, the Colosseum seated the capacity over 50000 spectators, who came to watch brutal gladiator battles and animal hunt.

The copy cat Amphitheatre is in Macau, China

China has made a name for the number of attempts of Duplitecture or copycat architecture. Unlike the real version, the mini colosseum can accommodate around 2000 people. Also instead of hosting bloody battles, it is a popular entertainment venue.

Visitors will find nestled in the Fisherman Wharf leisure complex which houses a fusion of restaurants, shopping, and entertainment facilities that’s become infamous as Vegas of Asia on the peninsula. 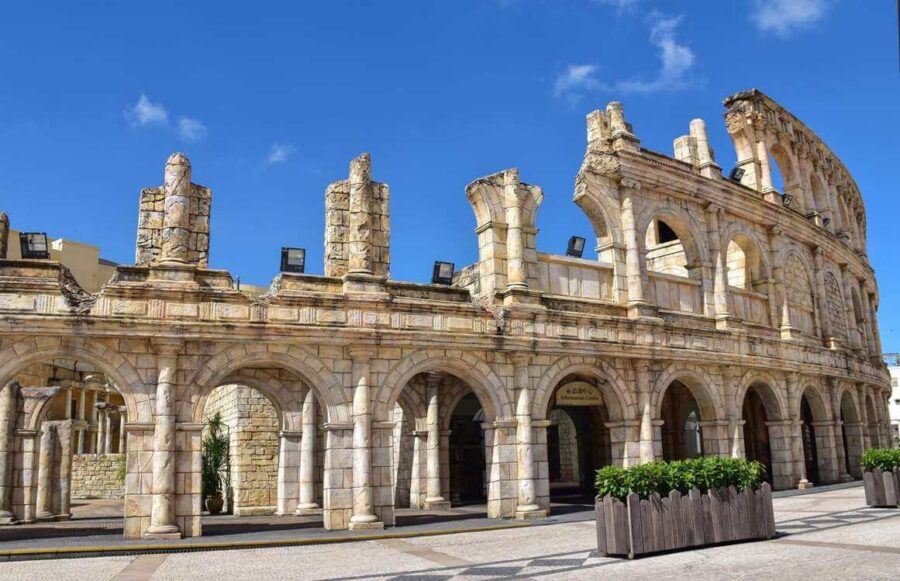 4. The Eiffel Tower –Originally from Las Vegas or Paris?

The original Eiffel Tower is in Paris, France

The Eiffel tower is one of the world’s most iconic monument in the world. It has inspired several romantic movies, inspired proposals and numerous replicas in other cities across the globe. 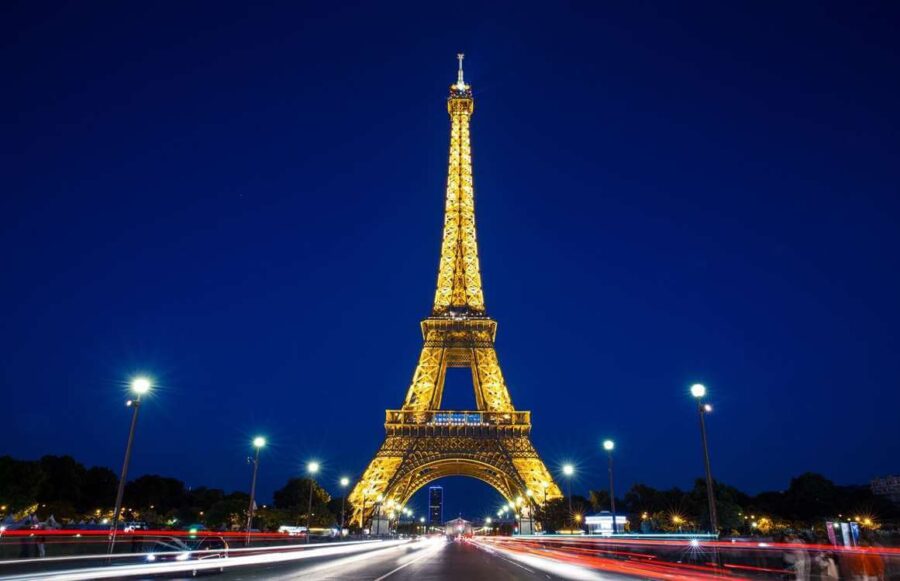 The copycat Eiffel Tower is in Las Vegas, USA

Showing homage to the original, the glittering copycat in Las Vegas is almost famous as its taller brother in Paris. Standing 46 stories high, the Last Vegas model of the Eiffel Tower is smaller replica.

There is a glass replica that takes you to the top instead of looking over the River Seine, tourists can look down at Bellagio Fountains and the dazzling lights of the Strips. 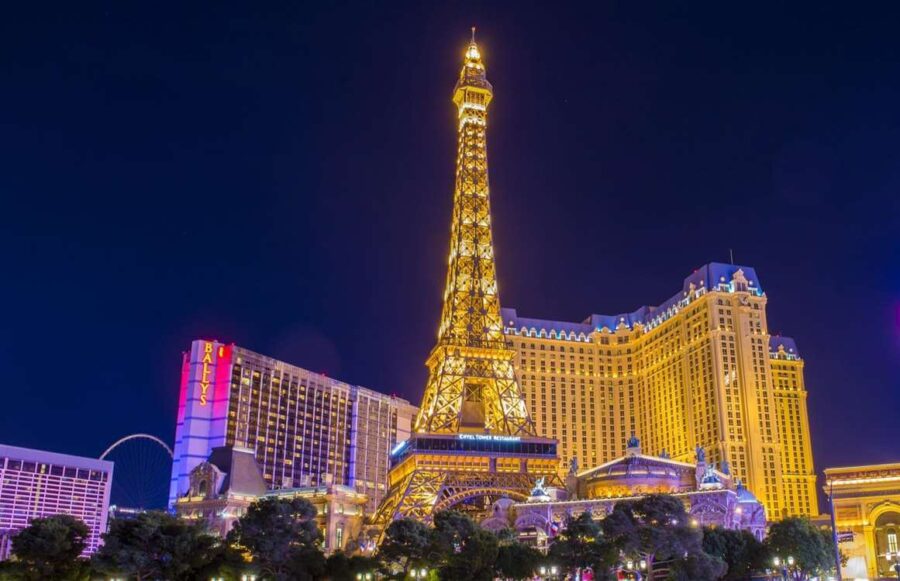 5. The Stonehenge – Originally from Virginia or Wiltshire?

The original Stonehenge is in Wiltshire, London

The amazing Stonehenge prodigiously sits on a hill in the heart of the Wiltshire countryside In London. While its known for being a burial site for an approximately 200 bodies, its still a mystery why these people were laid to rest in the location and how the gigantic sarsen stones were erected. 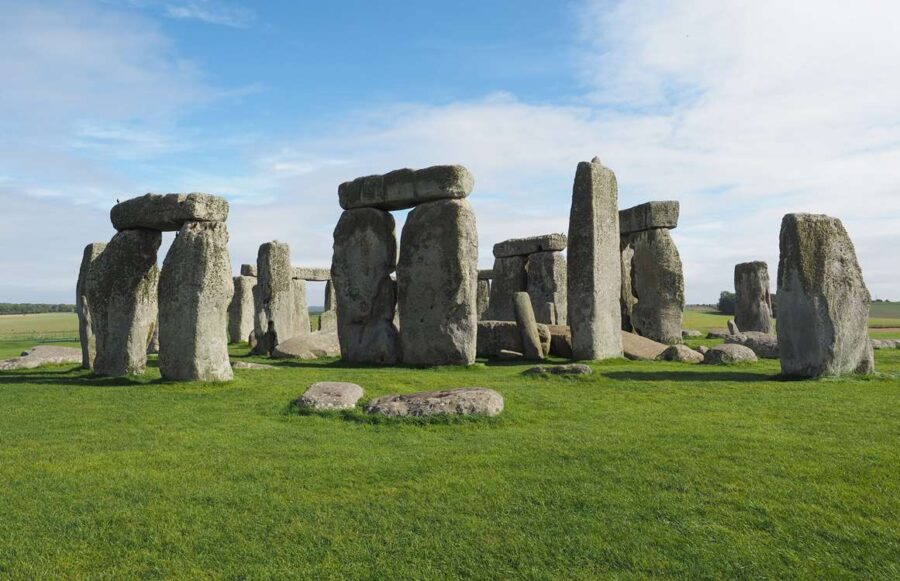 The copy cat Stonehenge is in Virginia, USA

Hundreds of thousands of mile away in Virgina, USA, a weird replica of the Stonehenge is present. The city called it Foamhenge, a life size copy of the original, completely made of Styrofoam.

Created by the artist Mark Cline in 2004, the structure looks stone like from a distance similar to the original.

Although it may not have the wondrous history as the original Neolithic monument, it still draws crowds from all over the world. 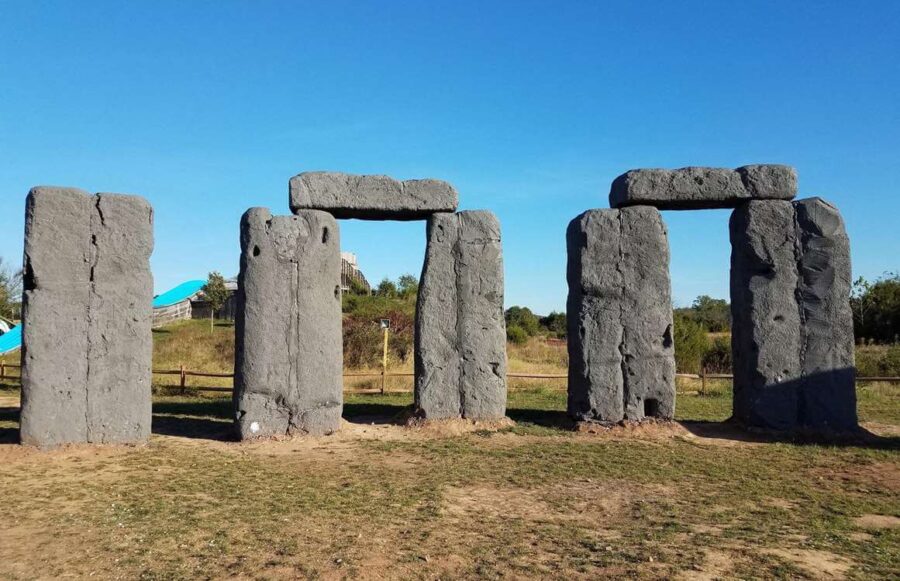 Here is why Celebrities like Will Smith, Messi, Rihanna, Loves Dubai

Here’s what airlines are doing to make travelling safe

4 Important things to know when going to the airport